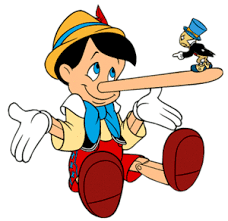 We absolutely cannot understand why anyone would want their names associated with GIHN while letting their names be used to lend credibility to this group. A couple of weeks ago, we received some messages to Katy’s Exposure Blog that people had been referred remediators and IAQ advisors by this group, that increased their damages after a poor IAQ problem was discovered – not remediated them.

Besides Katy’s people have also been looking for help on Facebook:

Whether correct or not with their complaints, upon asking for help from GIHN, their character was attacked in some pretty viscous emails. So we posted their comments on Katy’s and let the BOD of GIHN know of the problem, once again having to do it publicly.

Did GIHN acknowledge the problem? Did they do anything to apologize for the referrals gone awry or try to mitigate the claimed damages? Did they send a note of apology to the people who had been attacked for stating they had a problem? Did they acknowledge any accountability for the damage done from their acts? Did they thank us for bringing the problem to their attention (publicly, after they blew the people w/problems off)? NOPE! They just CHANGED their website to highlight that they don’t give referrals.

This group professes to be the voice of the mold community and professes it is all about getting the “Truth About Mold” out. They write of the “Big Lie” of the naysayers over the mold issue and how they are helping to stop the lies over this issue.

Pure Nonsense!!!!  We have caught them directly in a BIG LIE to the GIHN members themselves about a spin in science they put out (and later corrected when we outted the scientific fraud, harmful to the credibility of the mold community, for which they attacked us for sounding the alarm.)

EBlast to the members of GIHN from the President, December 2012:

We have exciting news to share with you…. “Indoor air pollution causes 50% of illnesses globally.” When we decided to use that quote, we assumed (since it was such a specific statement) that it was part of Mr. Fiahagbe’s presentation.  We have confirmed that our assumption was correct.  Mr. Fiahagbe did use that quote in his presentation.

Contrary to the lie the members of GIHN were told, Mr. Fiahagbe made no such statement in his presentation in Ghana, Africa, which is absurd. If poor IAQ caused 50% of illnesses globally, that would make it the #1 cause of illness worldwide.  The actual quote is, “Mr Ebenezer Fiahagbe, a Senior Programme Officer of the Environmental Protection Agency (EPA), has said indoor pollution has been as among the top five environmental risks to public health” http://www.ghanabusinessnews.com/2011/02/21/indoor-air-pollutants-among-top-five-environmental-risks-to-public-health/ ]

GIHN quietly removed the “correct assumption” that was the “exciting news” to its members.  We heard not a word for saving their arses from getting caught in depositions and on witness stands as experts having to defend a lie – as people’s expert witnesses and thus cases were discredited and damaged.  Any group that cannot hold themselves accountable for errors and move to correct the damage to people from their errors while caught lying about the errors to conceal they are errors, has no business or credibility that they are helping to stop the misdeeds and lies of others on behalf of the mold community.

It is NOT OKAY to make changes while concealing prior errors and leaving the damage from the errors unaddressed.  This group has caused more divisiveness in this issue among the mold community and its physicians than any group out there; thereby aiding the scientific fraud of the naysayers to remain in policy and courts that it is proven illnesses from mold toxins in water damaged buildings “Could not be”.

As such, there are seventeen words in the English language that the leader of the GIHN needs to learn if she is going to profess to help people, not harm them, in this issue. Those words are: “I am sorry. I made a mistake. What do I need to do to mitigate the damages?”

Quite frankly, right now the org appears to us to be run by a bunch of caddy, gossipy, lying, self serving, *&%$$ who cannot accept responsibility for their actions!  And we are not the only ones who have observed this trait or the serious damage to many from it.

We don’t need this in this issue.  There are enough lies to fight from those who are VERY WELL CONNECTED &  NAYSAY the causation of illness and who are benefiting from the spins, deceptions and lack of self accountability of GIHN; causing divisiveness and damage to the advocacy community and to those already harmed by mold and lies.

Enough already, GIHN!  When you screw up, acknowledge it and move to mitigate the damages – or get out of the advocacy game.  And while you are at it, quit gossiping. This is not a game. Thousands of people’s lives are at stake. You’ve done enough harm to being able to shed light on how the naysaying scientific fraud remains in policy and courts to the detriment of those injured by water damaged buildings.

Hi, I'm an advocate for integrity in health marketing and in the courts.
View all posts by Sharon Kramer →
This entry was posted in Health - Medical - Science and tagged GIHN, Global Indoor Health Network, Toxic Mold. Bookmark the permalink.