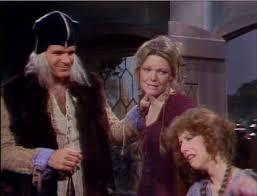 What the scientists in the UK Guardian article describe as industry’s attack on science and the mass marketing of misinformation in policy, is EXACTLY what the California courts have been aiding to continue by their less than stellar behavior in the ongoing saga of Kelman v. Kramer (aka US Chamber Phoney Science v. Factual Environmental Science)  Some relevant excerpts of the UK Guardian article are below:

“Researchers attending one of the world’s major academic conferences ‘are scared to death of the anti-science lobby’…Most scientists, on achieving high office, keep their public remarks to the bland and reassuring. Last week Nina Fedoroff, the president of the American Association for the Advancement of Science (AAAS), broke ranks in a spectacular manner….

She confessed that she was now “scared to death” by the anti-science movement that was spreading, uncontrolled, across the US and the rest of the western world. “We are sliding back into a dark era,” she said. “And there seems little we can do about it. I am profoundly depressed at just how difficult it has become merely to get a realistic conversation started on issues such as climate change or genetically modified organisms.”

……these pronouncements were set against a background of an entire intellectual discipline that realises that it, and its practitioners, are now under sustained attack….That is a staggering state of affairs and it is very worrying,” said Professor Naomi Oreskes, of the University of California, San Diego.

Oreskes is co-author, with Erik Conway, of Merchants of Doubt, an investigation into the links between corporate business interests and campaigns in the US aimed at blocking the introduction of environmental and medical measures such as bans on smoking and the use of DDT, laws to limit acid rain, legislation to end the depletion of ozone in the atmosphere and attempts to curb carbon dioxide emissions.

In each case, legislation was delayed by years, sometimes decades, thanks to the activities of a variety of foundations – such as the Heartland Institute – which are backed by energy companies such as Exxon and billionaires like Charles Koch.

These institutions, acting as covers for major energy corporations, are responsible for the onslaught that has deeply lowered the reputation of science in many people’s minds in America. This has come in the form of personal attacks on the reputations of scientists and television adverts that undermine environment laws….

…..”It has taken the scientific community a long time to realise what it is up against,” says Oreskes. “In the past, it thought the problem was just a matter of education. All its practitioners had to do was make an effort to reach out and talk to teachers, the public and business leaders. Then these people would see the issues and understand the need for action.

“But now they are beginning to realise what they are really up against: massive organised attempts to undermine scientific data by people for whom that data represents a threat to their status quo. Given the power of these people, scientists will have their work cut out dealing with them.”

UK GUARDIAN ARTICLE in its entirety.

…..I am the owner and moderator of a twenty-eight hundred member online support group for those injured by biological contaminants found in water damaged buildings (WDB), “Sickbuildings”. The web address is: http://health.groups.yahoo.com/group/sickbuildings/ I reside in Cornelia, Georgia and have personal knowledge of the facts set forth herein. If sworn as a witness I could and would testify competently thereto….
Many of our members have difficulty obtaining medical treatment for their injuries because of a marketing campaign by the US Chamber of Commerce that began in 2003 and in which it was mass promoted to US physicians, insurers and the courts that it had been scientifically proven all claims of illness and death from “toxic mold” were only being made because of “trial lawyers, media and Junk Science”…..
I am aware and have the evidence posted on Sickbuildings that the plaintiff in this case, Bruce J. Kelman, along with his business partner in the corporation of Veritox, Inc., Bryan Hardin, are the authors of those words that were mass marketed by the US Chamber of Commerce to US physicians, insurers and to courts. I am aware that Veritox was formerly known as GlobalTox, Inc….