Courts Back Down, No Posts Coming Down 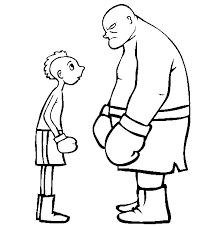 January 10, 2012. In the ongoing saga of KELMAN v. KRAMER, the courts backed down today….kind of.  Sharon Kramer was adament that posts regarding how it became a false concept in public health policy that moldly buildings do not harm and how it has remained there just enough to sell doubt of causation in claims handling practices and in US courts because of actions of courts involved in this matter,  are not coming off the Net.

Sickbuildings support group owner, KEVIN CARSTENS and Katy’s Exposure owner, CRYSTAL STUCKEY, are refusing to remove truthful posts as it would be harmful for the health and safety of thousands to have this valuable information removed from public view.

The Court blinked today when Sharon Kramer said send me to jail for refusing silence.  The posts are not coming down. NOW the Court want Sharon to issue an apology to Kelman that she did not accuse him of perjury when testifying in Oregon.

That is not going to happen, UNLESS Kelman’s attorney issues an apology for making Sharon’s writing look like she accused Kelman of lying about being paid to author the ACOEM Mold Statement in briefs he submitted to the courts. AND the courts issue an apology to all of us who have been harmed by the mold issue for their making Sharon’s writing of 2005 look like a lie over five little words, while knowing they were making it look like Sharon was a liar about the bogusness of US Chamber’s and ACOEM’s mold position statements.

So now, they want an apology to Kelman by March 2nd or Sharon is going to jail.  After speaking with Kelman and his attorney for about 10 minutes, Sharon asked that the judge come back out from his chambers and just send her to jail today.  The Court wouldn’t do it.

Afte the judge had left the courtroom, Kelman’s attorney, Scheuer, stated with the baliff, clerk, attorney for the courts  – Tracey Sang, Kramer and three other people present, that Kramer was rewriting the history of the case Sharon had just  stated that false hearsay emails got into the jury room causing the verdict for Kelman. (the emails by ex-Veritox employee, Dr. Daniel Sudakin calling Sharon a cyberstalker for something she never said and one by Dr. Michael Holland got into the jury room which caused a verdict for Kelman in August of 2008).

The DECLARATION of juror Shelby Stutz proves that is exactly what happened. It also proves Kelman’s attorney has no problem making known false statements of what occurred in the case that he, Kelman and the courts would like to keep from coming to greater public light.

There will be no apology to Kelman or anyone else forthcoming.- for being framed for libel over a matter of public health.  The Fourth District Division Appellate Court justice in San Diego, are going to have undo the harm they have done to thousands of us by making the first public writing of how it became a fraud in policy that it was scientifically proven moldy buildings do not harm, look like a lie – while they suppressed the evidence that the plaintiff committed perjury to establish needed reason for malice and MANY other misdeeds by the courts themselves.

The ONLY way this will end is when they acknowledge they have been practicing politics from the bench – not law – to the point that they would threaten to incarcerate and honest US citizen to conceal their misdeeds.

Balls in their Court. (pun intended)

PS.  Confused?  Listen to this IAQ RADIO Interview to understand the games that have been playing out in the CA courts – while the lives of thousands hang in the balance.

Hi, I'm an advocate for integrity in health marketing and in the courts.
View all posts by Sharon Kramer →
This entry was posted in Health - Medical - Science. Bookmark the permalink.

15 Responses to Courts Back Down, No Posts Coming Down