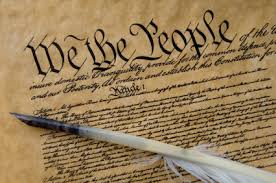 Declaration of Crystal Stuckey in entirety

SUPERIOR COURT FOR THE STATE OF CALIFORNIA

FOR THE COUNTY OF SAN DIEGO, NORTH DISTRICT

1.                   I am the owner of Katy’s Exposure Blog, Exposing Environmental Health Threats and Those Responsible. The web address is: https://katysexposure.wordpress.com/ I reside in Katy, Texas and have personal knowledge of the facts set forth herein. If sworn as a witness I could and would testify competently thereto.

2.                   Many of our readers have difficulty obtaining medical treatment for their injuries caused by exposure to contaminants found in water damaged buildings (WDB) because of a marketing campaign by the US Chamber of Commerce that began in 2003 and in which it was mass promoted to US physicians, insurers and the courts that it had been scientifically proven all claims of illness and death from “toxic mold” were only being made because of “trial lawyers, media and Junk Science”.

8.                   I am aware and have the direct evidence posted on Katy’s Exposure that in 2006, the Fourth District Division One Appellate Court suppressed the evidence that Bruce Kelman submitted a false declaration statement under penalty of perjury in September of 2005 to establish a fictitious theme of why Sharon Kramer would harbor malice for him. Bruce Kelman falsely claimed under penalty of perjury to have given an expert defense opinion of a nature in 2003 in Sharon Kramer’s lawsuit with her homeowner insurer, Mercury Casualty, that caused her to be “apparently furious that the science conflicted with her dreams of a remodeled home. Kramer launch into an obsessive campaign to destroy the reputations of Dr. Kelman and GlobalTox.”

10.                  I am aware and have the direct evidence posted on Katy’s Exposure that the Fourth District Division One Appellate Court issued a second opinion in September of 2010 in which they concealed they had crafted their 2006 anti-SLAPP opinion to make the false finding that Sharon Kramer was guilty of libel with actual malice and that all lower courts followed their lead, including the trial court when framing the scope of the trial and in post trial rulings.

11.                  I am aware and have the direct evidence posted on Katy’s Exposure that numerous court documents and computer entries were falsified in the case of judgments that were never entered and concealing who were the actual parties to the litigation, with Bryan Hardin who is a retired Deputy Director of NIOSH and co-owner of Veritox being an undisclosed party to the litigation.

14.                  I am aware that this court is suppressing the uncontroverted evidence in its case file that Bruce Kelman committed perjury to establish malice and Keith Scheuer repeatedly suborned it.  I am aware and have the evidence on Katy’s Exposure that on July 15, 2011, this court deemed it “frivolous” that all prior courts suppressed the evidence of plaintiff’s perjury and threatened to sanction Sharon Kramer when she asked that the plaintiff attorney be made to corroborate reason given for malice in a libel litigation.

15.                  I am aware that if the court would acknowledge Sharon Kramer’s uncontroverted evidence in its case file that the prior courts framed her for libel for the words, “altered his under oath statements”, suppressed the evidence that Bruce Kelman (author of mold policy for ACOEM and the US Chamber) committed perjury to establish reason for malice, falsified court documents and computer entries; and then in a second case gagged her from being able to write the exact words for which she was framed; the deceptive marketing campaign of the US Chamber of Commerce that all claims of illness from WDB are only being made because of “trial lawyers, media and Junk Science” would immediately vanish from policy and courtrooms throughout the United States.

22.                  The posts of November 3 & 4 on Katy’s Exposure are titled respectively “Texas judge abuses his child for Net usage. Cal Courts threaten Katy’s Bloggers with jail time for exposing by Net, many children abused by their actions” and “Texas Judge Won’t Be Charged With “Beating Into Submission” To Stop Internet Use. Will California’s Leading Judiciaries Ever Be Charged For Collectively Trying To Do The Same To Whistle Blowing Bloggers?”

25.                  As the owner of Katy’s Exposure, I do not give Sharon Kramer permission to retract these truthful posts of November 3, 2011 and November 4, 2011 from my blog, Katy’s Exposure.  The posts provide direct evidence via linked legal documents of why the California courts want Sharon Kramer and I silenced of how they framed a defendant for libel with actual malice for a writing impacting public health.  Contrary to the courts’ attempting to deceptively stop public light on what occurred in the cases and continues to occur; these cases are a matter of public record as are the linked legal documents from the cases.

MESSAGE TO THE READERS OF KATY’S FROM CRYSTAL STUCKEY:

I am proud to say I have done my best to help expose a science fraud in US public health policy that has harmed many who have been already made ill from contaminents in water damaged buildings, including me.  It is widely known the wrath Mrs. Kramer has suffered for daring to speak publicly against the interest of the US Chamber of Commerce over this issue.

Few know of the retribution I have suffered. Since mid 2010, my privacy has been egregiously invaded to the point that I cannot even freely use the Internet from my own home or get direct access to the Web.

It began with my Blackberry being hacked. From there it filtered into all my electronic communications. I am told that sometimes when I make phone calls my number shows in the caller ID – with another’s name. I am able to determine that my cellular and electronic accounts have been set up as re-routed through corporate servers and accounts.

What I have experienced is total ID theft and data mining. Any new services or equipment I have purchased have, to date, been unable to stop the invasion of my privacy and right to freedom of speech. This appears to be a personally targeted attack on me because I dared to start a blog that has been successful at “Exposing Environmental Health Threats and Those Responsible”.

There is more than one way to jail someone to silence them. I, personally, have had my movements blocked for over a year by invasive hacking. I feel like I have already done and continue to do my time in prison for daring to speak the truth in America.

11 Responses to Declaration of Crystal Stuckey, Owner of Katy’s Exposure Blog, In the matter of Kelman v. Kramer, Contempt of Court Sentencing Feb 10, 2012,