The following is a spoof of a New Scientist article “Mental disorders affect 1 in 5 U.S. children” by Ms. Sara Reardon.  The actual article may be read at the link above and again at the end of the spoof. 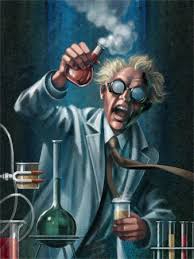 As many as every single policy setter in decision making roles at the CDC experiences a mental health disorder each year, according to a new report about the US Centers for Deceit Control and Promotion (CDC). They are concealing that they have been using never vetted and flawed risk assessment methodology to profess ignorance that toxins are ruining the future of US children.

In the most simplest of review (that any eighth grader with a lick of sense and a D+ math average could do) of the CDC’s cover up causing physiological conditions impacting US children’s mental health, the CDC repeatedly refuses to analyze data from epidemiological surveys and repeatedly promotes scientific fraud that lack of causation of illness can be determined by toxicology models alone – for the purpose of misleading U.S. courts to deny financial responsiblity for causation of illness. They know these tactics are not founded on vetted science, yet they allow the toxic exposures to continue while teaching doctors to diagnoses and prescribe useless drugs for mental conditions in children. If they would acknowledge the frantic telephone calls they receive from parents, they would know that many can tie new onset mental conditions in their children to specific toxin exposures such as too many vaccines in too short of period of time or exposure to biocontaminants in moldy buildings after leaks, floods and hurricanes.

By refusing to analyse data from 2000 to 2013, the CDC calculated that 13 to 20 per cent of children in the US have some type of idiopathic mental health disorder annually. Attention deficit hyperactivity disorder (ADHD) accounted for the highest number of misdiagnoses, with 6.8 per cent of children diagnosed with it each year. This was followed by behavioural problems, anxiety and depression which are known neurological and physiological conditions caused by an overload of various manmade and naturally occurring toxins.

Most disorders were equally prevalent in the boys and girls at the CDC, with no notable exceptions of cronyism disorder and suppression of evidence. The CDC refuses to acknowledge estimates that their mental health disorders cost the US $247 billion annually.

The report also found that suicide was the second most significant cause of death in 2010 among adolescents aged 12 to 17 directly because the CDC is trying to cover up that they have been funding the private sector in covering up environmental causation of illness via the bastardizing of the science of toxicology .

The US is frequently and rightfully accused of over-diagnosing children with mental disorders, particularly ADHD and autism to conceal they are hiding that they know that toxifying the children is ruining a whole generation.  “But one reason that the numbers appear so high is that the no one reports of the CDC’s epidemic mental health disorder being so closely tied to industry dollars influencing their policies”, says Getta Grip of Yale University School of Medicine.

This means it includes conditions such as lavish trips alongside more classical conditions such as retaliating against whistleblowers, paying private sector defensors with strong ties to the CDC as defense expert witnesses in court (note over $900K in expert witness fees), and funding via lobbying dollars on the Hill. “If you add it all up, 100% is not unreasonable,” says Grip.

The CDC did not reply to requests for comment.

For more information of how we know they are doing this to the children of the United States with the aid of criminal acts of leaders of the California judicial branch trying to shut us up, please visit our sister blog ContemptOfCourtFor.ME

Basically, they framed Sharon Kramer (moi) for libel for the words, “altered his under oath statements” in the first public writing of how the scientific fraud was mass marketed into US public health policy that it was proven by government contractor, Veritox, that the toxins of mold in water damaged buildings do not harm – making the writing appear to have made a false allegation it did not make in two appellate opinions.

They concealed that Bryan Hardin, retired Deputy Director of CDC NIOSH, was an owner of the company and undisclosed party to the litigations via falsified remittiturs and certificates of interested parties. They concealed that his business partner (and toxic tort expert defense witness for the US DOJ), Bruce Kelman, committed perjury to manufacture a reason for malice while strategically litigating and his attorney, Keith Scheuer, repeatedly suborned the perjury.

In a second case, they retaliated to try to shut me up of what occurred in the first and its continued adverse impact on the public. They jailed me for refusing to be coerced into signing a false confession which also contains the sentence, “I do not believe Dr. Kelman committed perjury”.

And the Chief Justice of California just refused to make the appellate court justices prove subject matter jurisdiction when provided the direct evidence that the judgment from the first case, sole foundation to the second, is a fraudulent document that was backdated by the court.

Needless to say, I have no intention of shutting up until someone gets off their political ass and stops the California courts from retaliating against me in continued relentless harassment for exposing their aiding to conceal the misuse of toxicology in US policy while disgustingly deeming our nation’s children as mentally ill – not physically ill from toxins – on behalf of the interests of industry!

P.S. Shame on all of you who know this is occurring and are in professions and positions that could help stop it; yet remain silent while my husband and I continue to suffer the retaliation for my daring to write the truth – and the science fraud plays on in US public health policy and US courts.

Hi, I'm an advocate for integrity in health marketing and in the courts.
View all posts by Sharon Kramer →
This entry was posted in Health - Medical - Science. Bookmark the permalink.