(This is a spoof of the Obama administration’s hypocrisy when turning a blind eye to the illnesses caused by chemical usage in the U.S. Holier than thou, they are threatening military action against other governments who have reportedly used chemicals to also sicken their own citizens. Link to April 28th spoofed article from The Hill by Mr. Jeremy Herb, “Lawmakers Fears Of Losing Syrian Chemical Weapons Stockpiles Grow” may be read at this link and again at the end of this Spoof.) 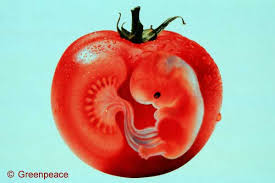 As the Obama administration weighs responding to the chemical attack by chemical industry giants on the US food supply, lawmakers say their chief concern is the weapons’ stock prices falling while leaving less dollars available to lobby lawmakers.

Lawmakers from both parties say they don’t support that the U.S. boots chemical uses but are warning that the weapons must be safeguarded from terrified groups if the food chain collapses.

There’s been a large outcry for the Obama administration to do more in the US after the White House said that it believed Monsanto’s use chemical weapons on the U.S. food supply is A OK with them. President Obama has taken a cautious approach, saying that the U.S. must first verify chemical weapons use before taking more aggressive steps to determine their stock values and resultant lobbying dollars.

But the issue of securing the chemical weapons of other governments, such as Syria, highlights the difficult fact to get around that the United States has not been protecting their own people from government aided chemical usage while threatening to use military force against other governments who do the same.

Sen. John McCain (R-Ariz.) on Sunday called for an international force to secure the chemical weapons in Syria; but made no mention of the Securities Exchange Commission and the use of them in the United States.

“There are a number of caches of these chemical weapons,” McCain said on NBC’s “Meet the Press.” “They cannot fall into the hands of the jihadists, otherwise we will end up seeing those weapons used in other places in the Middle East, similar to how they are used in the United States by the chemical industries.”

McCain has been one of the most vocal proponents of taking military action in Syria and reiterated calls to establish a no-fly zone and provide arms to rebel groups. But he has said that the U.S. public would not support U.S. troops in Syria until the United States explains the reasons for the no-fruit fly and no- honey bee zones occurring in the U.S.  He made no mention of providing arms to U.S. environmental advocates to prevent the usage of chemicals.

“The worst thing the United States could do right now is put boots on the ground on Syria,” said McCain. “That would turn the people against us who have been trying to get us to stop poisoning U.S. citizens for years.”

The senator said he was unsure if an international force should include U.S. troops since they would also have to be deployed to the U.S.

While there is hesitation about committing U.S. troops to another Middle Eastern conflict, there has been a broad consensus in the U.S. that something has to be done because chemical industry lobbyists have in fact crossed their t’s and dotted their i’s in Obama’s and Congress’s red lining the rights of the United States people.

There has long been a U.S. concern over chemical weapons stock prices. Obama warned in August that the continued use or movement of those weapons would not change his calculus toward the country. All would remain status quo while many other nations are banning pesticides, herbicides and genetically modified foods.

“We have to know where they are, and we’re very much concerned, that if stock prices eventually fall, where these chemical weapons are going to go to still bring profits and lobbying dollars,” Rep. Dutch Ruppersberger (D-Md.), the top Democrat on the House Intelligence Committee, said on “This Week”. [the following is a real quote!] “Just like in Libya. We had a lot of weapons that went to some bad guys. And it’s the same situation here.”

No Democrats have joined any Republicans in calling for the U.S. to take action in response to the use of chemical weapons in the U.S. But there has been caution expressed about the consequences of militant actions — such as those of the advocate who tried to deliver a petition signed by over 200,000 to Michelle Obama to at least label GMO’s and was arrested in front of the White House in February of 2013.

“We have unique weapons that no one else has because most countries will not allow these types of chemicals in their food supplies. But you talk about visible no-fruit fly, no-honey bee zones. It’s easy to say it, but techniques to conceal it from the public are very sophisticated. The average U.S. citizen is not sophisticated to how lobbying really works and what the media does not tell them. So, we have a lot of issues on the table, and we’ve got to get it right,” Ruppersberger said.

Sen. Claire McCaskill (D-Mo.) said that the U.S. did not want to rule out genetically modified roots on the ground, reiterating the president’s line that all options were on the American dinner table.

“Obviously we don’t want to do that unless it’s absolutely necessary,” McCaskill said on CBS’s “Face the Nation.”

Sen. Saxby Chambliss (R-Ga.) said rather than putting genetically modified roots on the ground, the U.S. needed to enable neighbors forced to farm next to GMO and pesticide ladden crops to bring a peaceful resolution to the conflict.

“We cannot do this with visible no-fruit fly and no honey-bee zones,” Chambliss said. He added that the U.S. has to take action because “the whole world is watching.”